Richard Prieto is an attorney licensed in California since 1989.

He is a graduate of USC Law School.

He received his undergraduate degree from Columbia University in New York City. 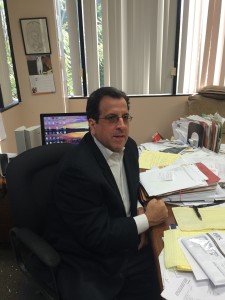 Dwayne — “Richard helped me get a good settlement when I was injured at work.  He also filed a second claim to recover the value of my future medical care.”

Ruth — “Richard persevered and got me treatment and a settlement even when the insurance company was slow in offering one.”